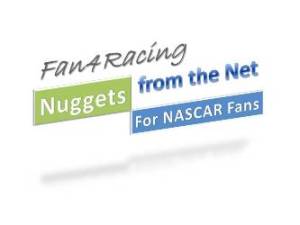 Today is the day for race fans to purchase their tickets for the historic NASCAR Camping World Truck Series debut at Eldora Speedway on Wednesday, July 24, 2013.  Seating is limited, so be sure to order tickets as soon as possible to get your seat for NASCAR’s return to dirt at Eldora.

See all the details below…

NASCAR Returns to Dirt at Eldora – Tickets on Sale Saturday at 10 a.m.

Speedway officials do not plan to expand seating capacity for historic event.

Following the recently-concluded pre-sale campaign offered to 2012 Prelude to the Dream ticket holders, all remaining seats will be available for the first NASCAR national series event on a dirt track since 1970, and the Eldora ticketing staff is prepared for the expected onslaught of ticket sales. Campsite reservations will also become available on Saturday.

The most efficient method to obtain tickets is by using the TicketForce-powered online system at EldoraSpeedway.com. With its capacity to process up to 800 different orders stimulataneously, it has a flawless track record of handling Eldora’s rich history of marquee events and massive opening day ticket sales.

Race fans that do not have access to a computer can call into the Eldora Box Office at 937-338-3815 where a full staff of Ticketing Specialists will be available to assist a cue of up to 25 calls at a time. In addition, the Speedway Box Office will be open for walk-up sales beginning at 10am.

The return to traditional dirt-track grassroots racing for NASCAR and the first-ever dirt race for the Camping World Truck Series (NCWTS) has generated tremendous interest among race fans and race teams and has sparked a spirited discussion of anticipated results. Especially with a roster expected to consist of NCWTS regulars. Invaders from NASCAR Sprint Cup and Nationwide series eager to return to their dirt racing roots and modern-day dirt-track superstars eager to defend Eldora’s turf. Not to mention the anticipation surrounding the events full details as NASCAR and Eldora officials continue to develop a racing program that blends conventional NASCAR procedure with the traditional short-track race formats at Eldora. EldoraSpeedway.com